Your MAC Is Not Virus Free! Here’s Why 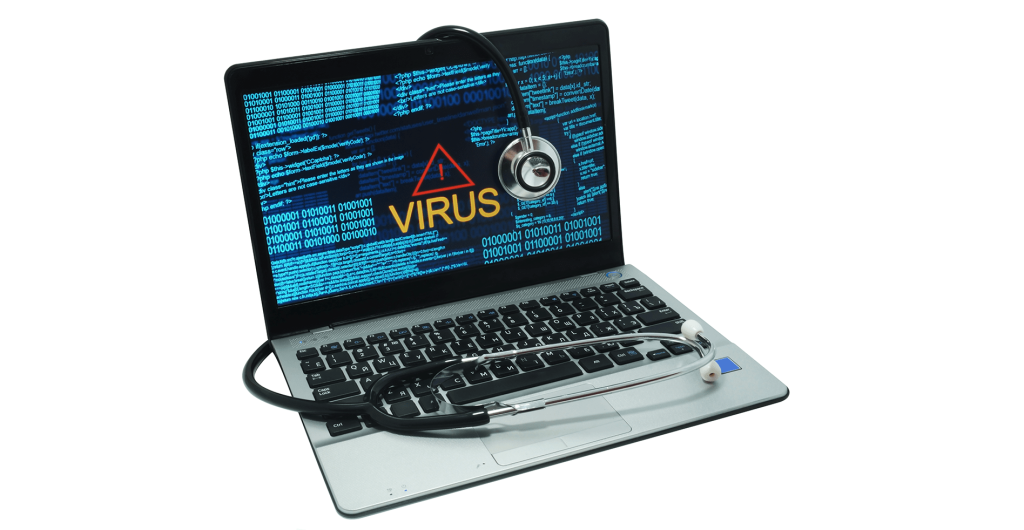 The common myth is that Macs are completely safe from viruses and malware. It is a common misconception that Mac computers don’t ever need antivirus software. There are reasons why many people believe Macs are safe from viruses, but that’s not true. Apple products usually require you to get third-party tools like Flash or Java from other developers.

Read further to know why your Mac is not virus free.

Myths About Mac And Virus

The common belief that Macs are completely safe from viruses and malware is false.

Macs have been infected with malware and can be vulnerable to viruses.

Antivirus software must be installed on your computer to protect it from viruses.

It is also a common misconception that Mac computers don’t ever need antivirus software. They can still get malware and viruses just as any other computer would. However, they are less likely to do so, thanks to the security features built into Mac OS X.

Macs are not immune to viruses; however, they tend to be more secure than Windows computers because of their operating system (OS).

Unlike Windows systems, where users have complete control over what programs run on their computer and how they work together or interact and therefore exploit one another, Apple’s OS allows only those applications pre-approved by Apple.

Facts About Mac And Virus

Macs are vulnerable to malware and viruses in the same way as any other computer—they can be infected with a virus or become infected by a virus if you don’t take proper precautions. The only difference between Macs and Windows computers is that fewer anti-malware programs are available for Macs than for Windows machines.

Unless you spend time researching how to remove a virus from your computer yourself, you could lose valuable data if it gets into your system through an infected program or online file-sharing service like Dropbox or Google Drive (for those of us who use those services).

Apple products only run Apple-approved software because of the restrictions placed on third-party software by the MAC operating systems. As a result, apple products usually require you to get third-party tools like Flash or Java from other developers.

Even if you’re careful, getting malware on your Mac is possible. There are many different ways that hackers can infect Apple devices with malware and other viruses by sneaking their malicious code into those downloads.

Nevertheless, it is vital to note that the Apple ecosystem is not immune from the same risks as any other operating system or software platform.

It just happens to be more popular than most others. However, this does not mean that there aren’t any risks associated with downloading free apps from the App Store because downloaders will have access to tools like antivirus software (AVS).

If you want to install an app from the App Store, then make sure it has been downloaded from a trusted source such as Apple or a reputable third-party website such as Google Play Store. Instead of just “auto-downloading” onto your device without checking first whether or not it’s safe for use.

Otherwise, all sorts of problems could arise when trying to run said program later down the road – which could lead back into virus territory.

What Viruses Can Affect Mac?

Viruses are malicious software that is designed to damage or disable computers. They can infect any operating system, including Mac OS X. There are many different types of viruses, and they all have their own unique characteristics and behaviors.

Viruses can be installed via:

While Macs are not immune to viruses, they are less likely to be infected than Windows computers. This is because Macs use a different operating system and have fewer applications installed on them than Windows machines.

While some viruses can be detected and removed, you need to keep your computer updated with the latest security patches from Apple. The update fix should also include any updates for third-party software programs installed on your computer (such as Adobe Reader or Microsoft Office).

How Vulnerable Are Macs To Viruses?

Viruses can infect your Mac. Malware is another type of virus that attacks a computer’s operating system, files, and programs.

Macs have been known to be infected by malware, but they’re not immune to them. In the same way, computers aren’t entirely safe from viruses, and neither are Macs—but it takes more than just one worm or Trojan horse on your machine to worry about getting hit by one yourself.

Do Macs Have Built In Antivirus?

Macs do not have built-in antivirus software. That’s because Macs have security features that protect them from viruses, and these features work just as well without the help of an antivirus program.

The most important of these security features is Gatekeeper, which prevents any application you download from being run on your computer unless Apple has approved it. This means that if an application were infected with malware or contained spyware, it would be blocked by Gatekeeper before ever getting onto your Mac.

How To Protect Mac Against Viruses?

Now that you know your Mac is not virus free, it’s time to get it back on track. Here are efficient ways to protect your computer:

What Are The Built-In Security Features Of macOS?

Finder, Disk Utility, and Activity Monitor are also part of the Mac OS X system and can be used to determine if a virus is present on your system or not.

1. How Do I Remove Fake Virus Alerts From Mac?

Open Safari.
Click Safari > Preferences.
Open the Extensions tab.
Select anything that looks suspicious in the sidebar.
Then, click Uninstall.

There is no such thing as a 100% safe computer.

3. How Can I Tell If My Mac Is Infected With A Virus?

Your Mac will become sluggish or laggy during use.
You will see a new toolbar in your browser that you didn’t install.

4. Is The Apple Security Warning Real?

The threat isn’t real, and scammers seek to gather personal and financial information to defraud you. Apple never uses security alerts on its devices, so whenever you encounter one, you can be sure it’s not legitimate.

6. Are Macs Safe From Hackers?

Are Macs Hacked? Though Windows PCs are not as frequent, there still have been incidents of hackers compromising Macs.

7. Should I Turn On The Firewall On My Mac?

One reason to use the firewall on Mac is if you’re someone who regularly installs apps on your Mac from the internet rather than the App Store.

8. Do Macs Last Longer Than Windows?

Macs tend to last longer than most PCs because of the engineering that goes into them.

9. Does Update Mac Get Rid Of Viruses?

If a malicious app is in your system, then a macOS update might not fix the problem. That being said, updating your Mac addresses known security vulnerabilities to protect you further against common exploits and mainstream viruses.

10. Is CleanMyMac Any Good?

CleanMyMac X performs most of its functions well and provides an excellent means of clearing gigabytes of unused system detritus/gunk off your Mac.

The truth is, no Mac is completely safe from viruses. It all comes down to how efficiently you protect your machine and what security tools are installed.

We’ve discussed some of these things above and do well to put them to practice.

Everything You Need To Know About Apple M1 Ultra

Everything You Need To Know About iOS 16

How to Take a Screenshot On An iPhone XR – A Guide