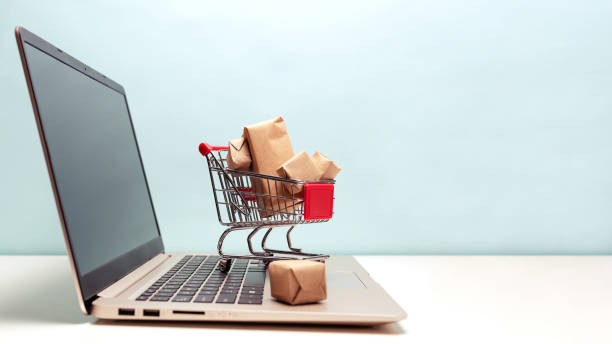 Our lives are becoming increasingly reliant on technology. With the rise of services like Netflix at home, Zooming and Slacking at work, smart homes, and even video doorbells, cutting-edge technology pervades every aspect of our lives. And there’s no sign of things starting to slow down anytime soon.

With so much technology in so many places, it can be difficult to tell the good gear from the bad, in part due to the high amount of options available.

Purchasing the ideal tech gift can often entail hours spent combing through pages of goods and consumer reviews, which most of us simply do not have time for.

We take pride in locating, and testing, and suggest the best gear for anyone who doesn’t have time to do it independently. That’s why we’ve compiled a list of our preferred gadgets to help you find the perfect gift.

Smartphones of all kinds will once again be one of the most sought-after holiday gifts.

Apple, Google, Samsung, and others released phones this year that operate on the faster 5G spectrum, which mobile operators are attempting to shift customers to.

According to Rohrbaugh, the CTA has noticed an increase in interest in foldable devices, which have recently improved in quality and are (gradually) becoming much more affordable.

If purchasing a new phone for someone is out of your price range, you could get them accessories such as headsets, phone cases, and chargers.

The latest iPhone does not have any flashy features, but everything else under the hood has been enhanced.

There’s an improved dual-camera structure and a faster chip, and Apple claims the new battery will last two and a half hours longer than the average one.

It supports 5G, wireless charging, and Apple’s MagSafe technology, which utilizes built-in magnets to secure accessories to the phone.

The cameras have bigger sensors for superior photos and video recording image stabilization.

Upgrading to the iPhone 13 Pro gives you longer battery life, a 3rd lens, and better picture quality. The 13 Pro, like the 13, has Cinematic Mode, which allows the camera to focus on the main objects and add a smooth bokeh effect while video recording.

The 13 Pro comes with an improved screen with a more responsive and sensitive refresh rate; instead of remaining constant at 60Hz, the new refresh rates range from 10Hz to 120Hz.

The OnePlus 9 is a mid-range smartphone that competes with titans such as the iPhone and Galaxy phones but at a much cheaper price. According to The Verge, it has “a nice screen, amazing performance, great battery life, and a competent camera.”

It’s worth noting that the camera takes outstanding ultrawide shots, ideal for landscape photography. And that the phone charges quickly. The OnePlus has a top-of-the-line chipset and memory options ranging from 8 GB to 12 GB.

Dan Seifert, deputy editor of The Verge wrote “The story of the folding smartphones so far has been one of compromise,”. However, the Z Flip3 is the very first foldable smartphone to put that to the test. “Its screen, like Samsung’s other flagships, runs at a smooth 120Hz.

“It has a new, reportedly more clean design, as well as IP water resistance, as you’d expect from a modern phone,” he says. But most importantly, “it starts at $1,000, which is $450 less than the initial price of the Z Flip 5G it replaces.” That puts the Flip3 on par with many high-end non-folding phones.”

Our laptop experts recommend the MacBook Air 13-inch. A word of caution: Apple is supposed to launch new laptops in the months ahead, so you may want to wait if you really want the latest available.

However, as retailers make room for the latest models, those new laptops should be accompanied by significant discounts on last year’s Air and Pro-stock.

The Verge says of last year’s computers, “The new processor is the main attraction here; it’s fast.” It handled intensive photo- and video-editing workloads more effectively than just about any Intel-powered laptop we’ve tried this year in our testing.”

The 256 Gb of internal storage in the base model is more than enough. According to PC experts, 8 GB of RAM is ideal “for individuals who just want to have a lot of tabs open at the same time” or for those who need to edit photos or videos.

The Macbook Pro is a step up from the Air due to its built-in cooling fans, which allow the laptop to handle increased workload for longer periods of time without having to reduce performance.

The laptop can handle a large number of open windows and web tabs, as well as multiple programs at once, making it ideal for anyone who needs to do audio, video, or photo editing.

The latest MacBook Pro 14-inch is one of “the fastest laptops we’ve ever assessed in some tasks, with a few of the longest battery life we’ve ever seen,” according to The Verge. The new Pro has an amazing display and solid performance, but it lacks the quirky Touch Bar.

Back in are the much-needed HDMI, SD card, and MagSafe charging ports, which were previously changed with multiple USB-C ports. According to Verge, “Apple appears to have returned to reality in terms of design.”

“Adding some useful ports and getting rid of the Touch Bar are just smart, practical decisions that are honestly worth the upgrade among many people.”

The XPS 13 is well-built, with a core processor and a vibrant 13-inch screen with almost no bezel. Gives you more room on your 4K screen to jump around windows, browse the web, and play games.

The Verge tested it and found it to have a seven-hour battery capacity and three hours of gentle gaming. The keyboard and touchpad are both smooth and responsive.

According to the CTA’s poll, 196 million people intend to install a smart-home device this year. The good news is that you won’t have to worry about getting overly complicated smart gifts. Many have been streamlined so that they can be used by everyone.

According to Strategist contributor Kyle Schurman, this inexpensive and underappreciated smart-home gift “allows you to set up simple daily on-off schedules.” “You can have the Wyze turn on whenever one of your other connected devices is turned on.”

For example, when someone gets closer to your video doorbell, you can have a lamp in the glass turn on automatically to give the impression that someone is at home.”

This is another low-cost smart plug that works with Google Assistant, Alexa, and Apple’s HomeKit. You can program a schedule for any computer attached to your wireless charger, and its small size means it won’t interfere with other power outlets.

The smart speaker is the brains of your smart-home operation, acting as Professor X, Tony Soprano, or Iron Man.

The Echo plays music and provides news and weather updates, but most importantly, it can control your other smart-home appliances, such as the robot, thermostat, and other gadgets announced by Amazon recently. All you need to do is stand near your speaker and say, “Alexa, turn on the lights.”

The Sonos One is a smart speaker that’s not overly difficult to set up or use, and because it’s from an excellent speaker company, the sound quality is far superior to what you’d get from Amazon or Google.

The Eufy RoboVac is intended to go unnoticed. Simply plug it in and program the schedule. It is intelligent enough to avoid ledges, can alert you if it becomes stuck in a specific area, and automatically adapts to rugs or hard surfaces. You can use the app or your smart speaker to control it.

“It has a high-resolution screen, an appealing styling, and dual-band Wi-Fi accessibility, which reduces interruption with other gadgets and improves overall performance,” notes Strategist contributor Kyle Schurman. “It also comes with a remote.”

It also includes a remote sensor that allows you to control heat settings on a room outside the one in which the thermostat is installed.” According to Schurman, the Ecobee has incredible voice integration, so you can ask Alexa or Google to control the temperature in your living space.

When your Bluetooth- or NFC-enabled mobile is within range of this smart lock, it unlocks automatically. It’s great to share access to your home with the other household members or visiting guests, and you can use it with your current combination lock and keys, but with the August security system, you’ll have the ability to open the door hands free

The Philips Hue Smart Lightstrip comes with a two-meter base kit that connects the strips to furniture pieces, behind desktops, or underneath a desk. The colors of the lights can be easily changed to suit any mood. You can also use the Hue Sync app on your PC to sync your video game or movies with the lights.