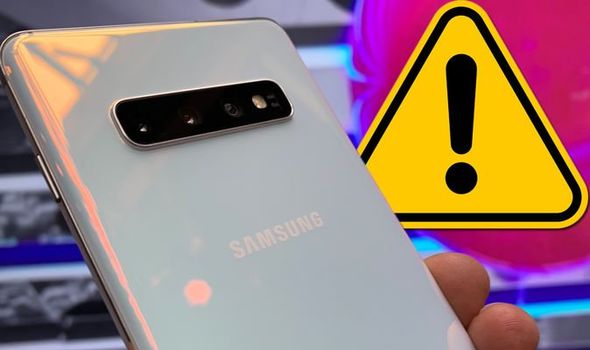 Today I’m going to show you the top 5, most common Samsung S10 problems and the best quick solution for them.

The Samsung S10 was officially released on Friday, March 8, 2019, with the following features:

The Top 5 Most Common Samsung S10 Problems and Solutions

Are you planning on getting a Samsung S10 device today? Maybe for yourself, a friend, or a family relative? In as much as the Samsung Galaxy S10 is a first-class device, with an amazing performance, battery, and camera, the device comes with a couple of drawbacks.

And today, I’m going to show you some of the major Samsung S10 problems and the possible ways to solve them without having to go to a repair shop.

The most common Samsung S10 problems you may experience include:

This is one of the most common Samsung S10 problems you will ever experience.

As we all know, a lot of other devices including phones usually have this bad attribute attached to them.

It’s very common for a mobile device to heat up if it’s actually been used for a long period of time. But, overheating as one of the Samsung S10 problems can be quite dismaying and horrifying.

Overheating is somewhat not so new to Samsung smartphones as some models of the brand have been reported for overheating, exploding, and even completely depleting the battery.

This is one of the most common Samsung S10 problems you may ever experience.

There was a guarantee made by the Samsung company that the Galaxy S10 would have a longer battery life than the previous Samsung Galaxy models, but, users have been noticing that the battery life of the mobile device is still very poor.

Users have been complaining about experiencing battery drain even when they are not using their phones, with some phones losing 30 percent of their charge when left overnight.

One of the most common Samsung S10 problems is issues with Bluetooth connectivity.

A cut-down Bluetooth connection can be extremely annoying especially if it disappears while using Bluetooth headphones or when you’re probably listening to songs in the car.

Samsung devices are known to have Bluetooth connectivity problems and unfortunately, series of S10 users are complaining that they are having a hard time pairing their mobile phones with their headsets and speakers.

Samsung Galaxy S10’s Bluetooth connectivity can be resolved by simply clearing the device’s cache. This can be done by:

The lift to wake issue is one of the many Samsung S10 problems.

The Samsung companies added more features to their phones that would actually let it wake up once the phone is lifted, or even while in a pocket or bag. This might to useful to some users as they might want their phones to wake when they do pick it up but series of S10 and S10 plus users are all complaining about this feature which actually has an impact on the phone battery.

Some users of the S10 mobile have been having issues with their device fingerprint scanner. Many users are receiving error messages asking them to place their fingerprint harder on the reader, with some of them complaining that it only works around 20-30% of the time.

Unluckily, there isn’t a quick fix for it. Issues with fingerprint reading were seemingly addressed in updates.

List Of All Nigerian Phone Numbers and Corresponding Networks