Samsung Galaxy A40 -Full Specifications, Review, And Price in Nigeria 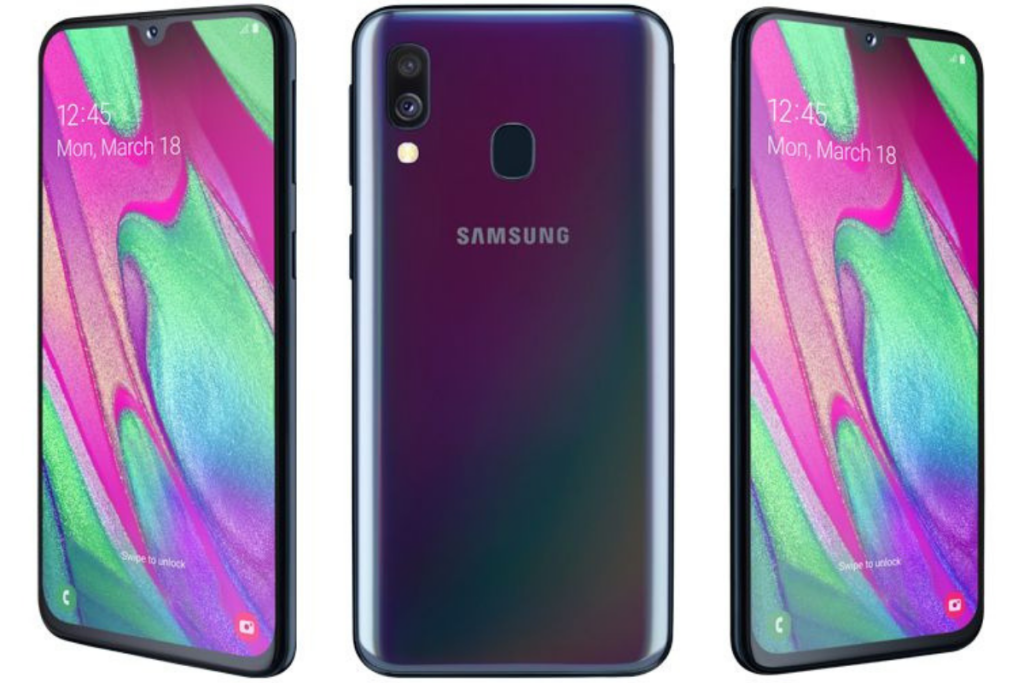 Samsung Galaxy A40 -Full Specifications, Review, And Price in Nigeria

Samsung Galaxy A40 is the successor of the A30 in the Samsung Galaxy A-Series. This budget smartphone series share similarities with their flagship phones. The Samsung A40 is really modern and easily fits into the 2019 phone style.

Released a month after the Galaxy A30 in April 2019, the mid-tier smartphone is no different from its a-series family but with a glamorous smaller size display. However, it still retains the various color schemes in the A-series as it comes in Black, White, Blue, and Coral.

The most distinguishing thing about this particular A-series smartphone is the smaller display and battery size.

The device has a 5.9-inch touchscreen display, a 5.0 Bluetooth connectivity, an Exynos 7904 chipset along with 4GB RAM and 64GB expandable internal storage, with a dedicated microSD card slot up to 1TB. Furthermore, it has a 16MP wide and 5MP ultrawide angle camera on the back and a 25MP wide-angle selfie camera on the front. It runs on a 3100mAh battery.

The device is designed to fit the hand as it rocks a smaller size as compared to its A-series family.

Users are going to love this one considering the power button and volume buttons are placed nicely and can be reached without stressing the thumb.

Just like its predecessor, the 3.5mm headphone jack located at the bottom and next to it is the USB-C connection.

The Left side of the device houses the SIM card slot and the dedicated microSD card slot.

Samsung Galaxy A40 comes with a vivid 5.9 inch Super AMOLED display and is protected with Corning Gorilla Glass 3.

The display, known as the infinity-V display, similar to all other devices in the Galaxy A-series. The display houses the front-facing 25MP camera on the top of the display.

Just like its predecessors, the smartphone houses a dual rear camera setup. But the amazing 25MP front-facing selfie camera is definitely something to dream of.

The dual rear camera is unique and it consists of a 16MP wide-angle and 5MP ultrawide angle camera great for getting more objects in focus, landscape, and even selfie.

The device runs on Android 9.0 Pie.

The downside about the phone is the small battery capacity of 3100mAh, but however, they claim it has an endurance of up to 73hours.

The smartphone resembles the rest of its A-series family with a big hit on its battery. However, it makes up for it with its 25MP wide front-facing camera.

The price of the phone is about 100,000 Naira and varies, depending on the location.